Enjoy the carnival. Be aware about the combined prevention methods

On February, already at the pace of Carnival, CEPIA’s youth team promoted an action in Rua do Catete and another in Largo do Machado Square, in order to inform the young population about Combined Prevention in the fight against STIs , HIV / AIDS and Viral Hepatitis. In a creative way and in a carnival atmosphere, CEPIA was on the streets sharing information about the various strategies of Combined Prevention, which include the use of condoms, Post-Exposure Prophylaxis – PEP and Pre-Exposure – PrEP, in addition to harm reduction , among others strategies. 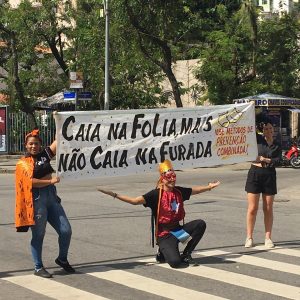 CEPIA joins in a Live on Communication, Gender and Coronavirus