On October 5th and 6th took place the “Cairo + 25″ Seminar organized by the Brazilian Population and Development Network (REBRAPD), Oswaldo Cruz Foundation (Fiocruz) and the Federal University of Rio de Janeiro (UFRJ), at the Museum of Life – Fiocruz.

The seminar aimed to produce a balance and propositions within the framework of the population and development agenda in Brazil, proposing to debate and reflect on the progress and challenges of implementing the Program of Action of the International Conference on Population and Development (ICPD). It had as structural axes “Health – Education – Human Rights” and transversal axes “Gender – Race – Sexuality – Generation”. The Conference celebrates 25 years and sets a milestone in the expansion of human rights, debates on gender issues and women’s sexual and reproductive rights in the National Agenda.

The event was attended by activists and militants, public health professionals, teachers and researchers.

It began with the opening table, followed by a table on the history of the Cairo Conference with Carmen Barroso speaking.

On the first day of the seminar Debora Pinheiro, representing CEPIA, participated in the table “From Cairo 1994 to Nairobi 2019: Paths of the 25th anniversary of the International Conference on Population and Development in Brazil”, an inter generational table where she had the opportunity to listen and dialogue with women who were involved in the process of building this framework of feminist struggle and commented on the importance of youth in building an Agenda that meets their needs and specificities. 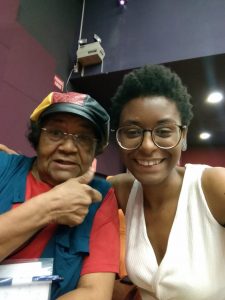 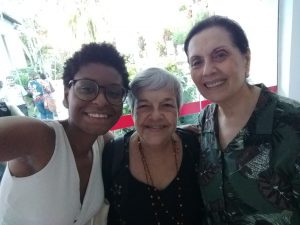 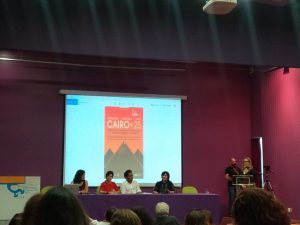 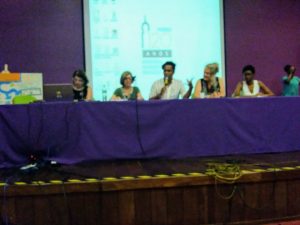